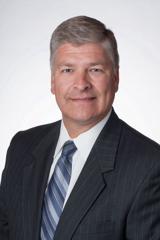 Tony Meyer has coached youth basketball for both boys and girls in the Jaguars AAU and Audubon Travel and rec basketball organizations.  He returns to coach the 6th grade boys Gold team this season- his 5th season coaching with the Jags.  Tony played basketball at both Radnor High School and Hamilton College in central New York.  He works in Institutional Sales at SEI Investments in Oaks and lives in Worcester with his wife and three children.

Jane Baron, mother of JP (JAGS 6th Grade Black) and Jaylen (JAGS 7th Grade Blue) lost her courageous battle with pancreatic cancer on Sunday morning, May 1st.  John Baron, coach of our 6th Grade Black and 7th Grade Blue teams, has been Jane's caretaker for over 13 months as she has battled this illness and the way John and the family cared for, tended to and paid tribute to a beautiful woman, Jane, was a blessing to see each day.  Jane we will miss you so much and your legacy will live in all of us forever!

John's 6th Grade Black team traveled to Spooky Nook for the 2nd Annual Warriors Court Championship hosted by Spooky Nook Sports this weekend.  There were 9 teams in 6th Grade A boys bracket and the JAGS got things started early on Saturday morning with a 50-39 win against House of Sports.  In the afternoon they bested the Central PA Elite team 49-30 which had resulted in the JAGS being ranked 3rd out of 9 in pool play.  Saturday evening they demolished the 6th seed Luzerne County Lightning 57-12 getting them into the semi-finals for Sunday AM.  John Baron coached the team in all three games that day knowing Jane's condition was worsening as the day went on.

He and JP did not return on Sunday and Assistant Coach Klauder got the team together prior to the 8:50 AM tip off and dedicated the rest of the day to Mrs. Baron.  For the rest of the day, every time out, every break from the huddle we all in unison chanted, "Mrs.  Baron".  The boys were laser focused and played the semifinal game with such effort and positive attitude and we beat a very good House of Sports team, 59-39.  Late in the game I learned that Jane had passed while we played and we gathered all the players and parents together and had a very emotional and tearful talk with everyone.

We had to wait around 3+ hours for the championship and we all worked to keep the boys positive while respecting the passing of Jane.  We faced the #1 seed Rochester Select Basketball Academy (RSBA) and it was a great basketball game.  Once again the "Mrs. Baron" chant was heard repeatedly by a jam packed crowd watching this game.  Back and forth for most of the game, with big bucket after big bucket by both teams, the JAGS pulled through in the end and won the championship 51-45.  The boys conducted themselves with such class and poise and they were constantly thinking of Mrs. Baron, Coach John, their teammate JP and his sister Jaylen.

Personally, I have been around a lot of things with sports over the years and today was one of the finest moments I have ever had in spite of the terrible news.  I give these young men so much credit and today we witnessed why sports are so powerful and uplifting.  I have cried a lot today but I smile at what they accomplished. More importantly, is how they accomplished it.

We stand with the Baron family and our prayers and support are with them.  The viewing will most likely be Thursday night and the funeral mass Friday morning at St. Eleanor Church (Collegeville).

4th Grade Blue started the weekend with a 22-12 loss to the Mid-Atlantic Magic. Mac Pettinelli led the way scoring 6 of the teams 12 points, to go along with 5 steals. The girls rebounded with a hard fought 15-12 victory over a tough Explosion team. Katie Tiffan posted 5 points, Alexa Van Derzee had 5 rebounds and Anna Azzara had 8 steals in the win. Megan Kupetz, hit two huge free throws with the game on the line inside of a minute to play. The team continued it's winning ways with a 22-14 win over the Northeast Rockers, finishing second in pool play. Tiffan was again the leading scorer with 7, Azzara added 5. In Sunday's bracket play, the Jags matched up with the other pool's #1 seed, the Lower Delco Wildcats. The girls had dropped a tough 1 point decision to the Wildcats the week before. In the most exciting game of the weekend, the Jags we able to erase a 10 point deficit with less than 3 minutes to go to escape with a 33-31 win to advance to the district final. Madison Gorman had 9 points to go along with 6 rebounds. Her final bucket with 14 seconds to play was the margin of victory. Tiffan again filled the hoop with 8 points, Azzara had an amazing 11 steals and Kupetz was 4 for 4 from the line, again hitting two huge free throws to tie the game, setting up Gorman's heroic shot. That set up a rematch with Magic in the championship and this time the Jags were ready. After a slow start, down 6-0 the girls reeled off 7 straight to take a 7-6 lead. Unfortunately, the shooting went cold and the Magic moved out to a 16-7 lead with 4 minutes to go, setting up another furious Jags comeback. The girls never gave up and fought their way back, to trail 18-17, with 4.7 seconds left and Jags ball under our offensive basket. Sadly, the girls were unable to convert this play and had to settle for the Silver Medal. Pettinelli, brilliant all weekend had 8 points and Kupetz had 5 rebounds. A great weekend for 4th Grade Blue!

The Jags 6 Gold team ventured to Chester County to participate in the Under Armor Mid Atlantic Regional Showcase.  In an early morning matchup the team woke up after the first few minutes of the game to rally for a 7 point victory over the Mid Penn Motion.  That afternoon we played an aggressive and physical Mount Airy team.  It didn’t help that the referees thought we were playing football.  Although shorthanded and missing several of our bigger players, we competed well but came up one point short.  Sunday we needed to win by 17 vs. Great Valley to win the point differential tiebreaker and make the championship game.  We ended up winning by 10.  The team showed great effort all weekend long.  Anthony Gervais (24 points on Sunday!!) and Michael Merola turned pressure defense into easy buckets, EJ Meyer and Cooper Stone got the team organized, Trey Tiffan and Alex Matasich brought their usual steady all around contributions, Joey Azzara and Mac Kobs contributed toughness and strong rebounding, and Hank Misson and Colin Meyer spread the defense with three point shooting.  The team is making progress and we are looking forward to the second half of our season.

An April snowstorm couldn't stop the 4th Grade Blue team from getting off to a 3-1 start in weekend action. On Saturday the girls faced an early season test against the Comets and walked away with a 23-9 victory. Alexa VanDerzee led all scorers with 6 points while Anna Azzara had 5 points to go along with 5 steals. Madison Gorman added 4 points and 4 rebounds. The team followed this impressive victory with a 40-2 win over an outmatched Northeast Rockers squad. Katie Tiffan led the way with 7 points to go along with 6 steals, Gorman and VanDerzee each had 6 and Leah Pfeiffer chipped in. 5. Gianna DiBattista, Elizabeth Sharp and Gorman each had 4 rebounds. In Sunday's action the girls dropped a hard fought decision to the Lower Delco Wildcats by a score on 21-20. Mac Pettinelli had a weekend high of 9 points and was a force to be reckoned with. Mac hit a shot with 1.8 seconds left to get the score to one point and should have the "and 1" with a chance to tie. Gorman added 7 points and the defensive effort was led by Sophia Allocca. Megan Kupetz made her debut at point guard subbing for the absent Azzara. In the final game of the weekend the girls overcame a slow start, utlizing a strong full court press to score a 19-5 victory over the Philadelphia Freedom Stars. Sharp and Pettinelli led the way with 6 points each. Pfeiffer had 4 rebounds and Christina Tiffan ("Sarge") had 2 steals, a rebound and an amazing blocked shot. See pictures below.

Jags 6th Grade Gold went 3-1 at the AFBE Exeter tournament.  Missing several key players, we got off to a slow start Friday evening and despite a nice comeback ended up losing by 3.  EJ Meyer led the scoring with 11 points.  Saturday we bounced back with a strong win- all nine players scored and Cooper Stone, Joey Azzara, and Michael Merola all tallied 8 points.  Saturday afternoon in a very even matchup the Jags prevailed by 5 due to a strong defensive effort and true team offense.  Anthony Gervais led the way scoring 15 points and Colin Meyer added 8.  Sunday morning we breezed to another big win.  Colin Meyer had 14 points, Mac Kobs and Cooper Stone both had excellent games and added 12 points each. See picture below.

The 7th Grade Boys Black went 4-0 this past weekend and won the championship at the Mid Atlantic Elite Classic held at DeSales University. The Jags started out with Mojo, beating them handily 50-28. Riley Decker (11 pts), Paul Henson (10 pts), Zack Skrocki (8 pts), and Rocco DiRico (6pts) led a balanced attack that saw every Jags player score. They then went on to take apart McHoops Blue Chips 48-28. Paul Henson (12 pts), Zack Skrocki (12 pts), Cole Kendra (6 pts), and Tyler Lapetina (6 pts) paced the Jags. The third game saw the Jags go up against a very big, athletic Wall 2 Wall team, beating them 40-38 in a back and forth battle. Hunter Flack (10 pts), Paul Henson (10 pts), Zack Skrocki (8 pts), and Conor Martin (6 pts) led the scoring for the Jags. In the Championship game, the Jags met up with Lehigh Valley's SCBC and prevailed 38-37 in a scrappy effort! Paul Henson (10 pts), Hunter Flack (7 pts), Conor Martin (6 pts), and Riley Decker (6pts) led the 7th graders to the title! (see picture below)

The 9th Grade Jaguars Boys Black squad captured their third championship of the season winning the Mid-Atlantic Elite Classic at DeSales University in Lehigh Valley, PA this weekend.  The team went undefeated at 4-0 and beat a quality Perkasie Knight program 57-56 in a thriller for the hardware.  Justin Adedinsewo poured in 18 points in final including 2 crucial free throws with seconds remaining.  Ryan Hagan was a beast with 11 points, 7 rebounds, 4 steals, and 3 assists.  In pool play action, the Jags defeated a different Perkasie Knights team 55-49.  Matt Dade led the assault with 21 points and 7 rebounds. Earlier the squad hammered team Mojo 56-20 with a defensive effort that has been unmatched this season.  All Jags players scored in the contest.  In the opener, the Jags upended the East Coast Power from Lehigh Valley 44-23.  Chris White led a balanced scoring attack with 8 points. Coach Blomstrom stated, "The coaches were very happy with the desire and intensity all weekend.  The difference was our captains and their leadership on the court.  Justin, Ryan, and Matt were playing at a very high level and they are special players." (see picture below)