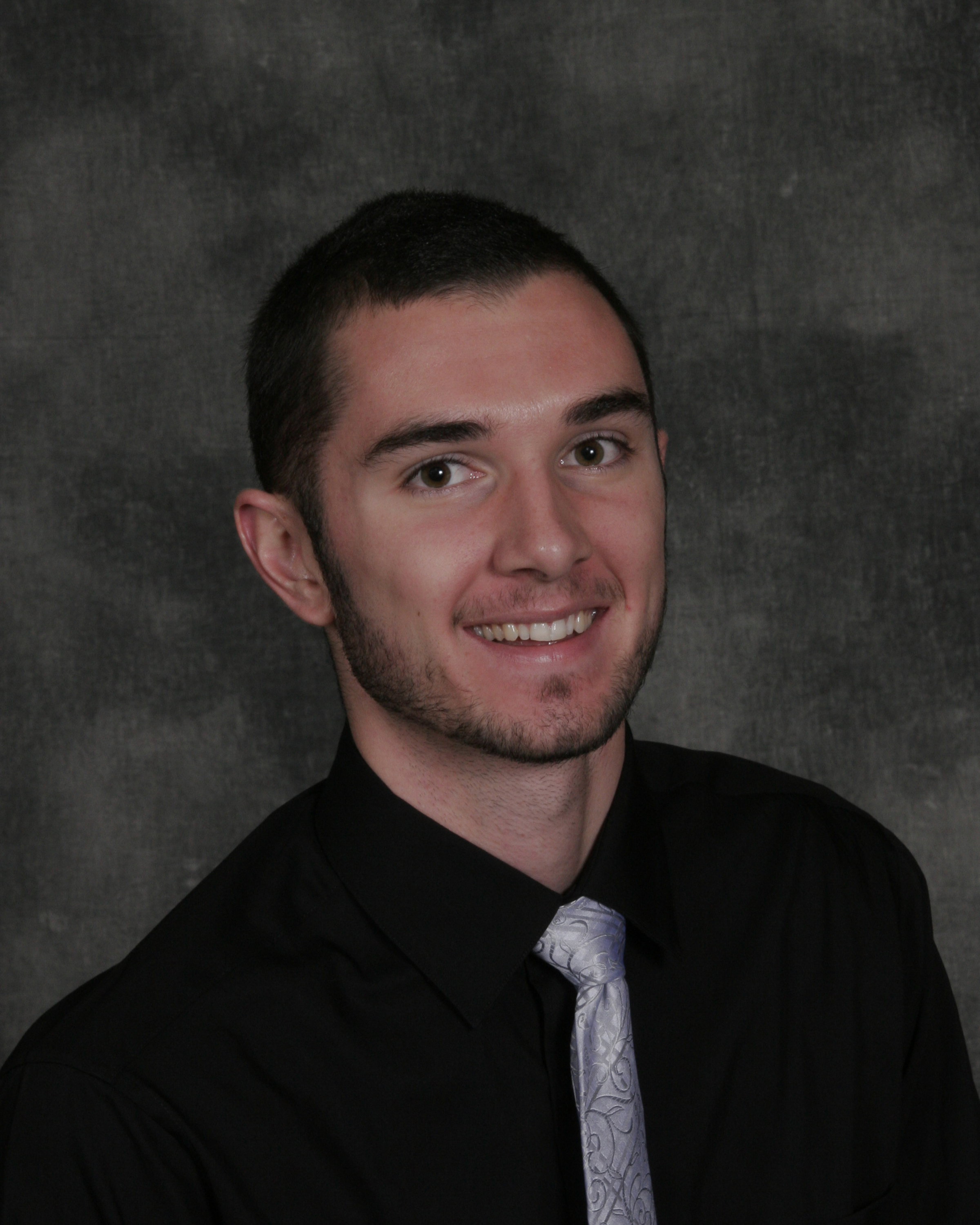 Coach Brittingham has been a coach with the Jaguars since 2011, having spent two seasons working with the girls. Dan also has been an Assistant Coach for Spring-Ford's 9th Grade Girls team since 2012 and has coached in the Spring-Ford Travel program since 2011. Additionally, Dan has worked with highly respected Bob Koch as a coach in his "Hoops" program.

Jane Baron, mother of JP (JAGS 6th Grade Black) and Jaylen (JAGS 7th Grade Blue) lost her courageous battle with pancreatic cancer on Sunday morning, May 1st.  John Baron, coach of our 6th Grade Black and 7th Grade Blue teams, has been Jane's caretaker for over 13 months as she has battled this illness and the way John and the family cared for, tended to and paid tribute to a beautiful woman, Jane, was a blessing to see each day.  Jane we will miss you so much and your legacy will live in all of us forever!

John's 6th Grade Black team traveled to Spooky Nook for the 2nd Annual Warriors Court Championship hosted by Spooky Nook Sports this weekend.  There were 9 teams in 6th Grade A boys bracket and the JAGS got things started early on Saturday morning with a 50-39 win against House of Sports.  In the afternoon they bested the Central PA Elite team 49-30 which had resulted in the JAGS being ranked 3rd out of 9 in pool play.  Saturday evening they demolished the 6th seed Luzerne County Lightning 57-12 getting them into the semi-finals for Sunday AM.  John Baron coached the team in all three games that day knowing Jane's condition was worsening as the day went on.

He and JP did not return on Sunday and Assistant Coach Klauder got the team together prior to the 8:50 AM tip off and dedicated the rest of the day to Mrs. Baron.  For the rest of the day, every time out, every break from the huddle we all in unison chanted, "Mrs.  Baron".  The boys were laser focused and played the semifinal game with such effort and positive attitude and we beat a very good House of Sports team, 59-39.  Late in the game I learned that Jane had passed while we played and we gathered all the players and parents together and had a very emotional and tearful talk with everyone.

We had to wait around 3+ hours for the championship and we all worked to keep the boys positive while respecting the passing of Jane.  We faced the #1 seed Rochester Select Basketball Academy (RSBA) and it was a great basketball game.  Once again the "Mrs. Baron" chant was heard repeatedly by a jam packed crowd watching this game.  Back and forth for most of the game, with big bucket after big bucket by both teams, the JAGS pulled through in the end and won the championship 51-45.  The boys conducted themselves with such class and poise and they were constantly thinking of Mrs. Baron, Coach John, their teammate JP and his sister Jaylen.

Personally, I have been around a lot of things with sports over the years and today was one of the finest moments I have ever had in spite of the terrible news.  I give these young men so much credit and today we witnessed why sports are so powerful and uplifting.  I have cried a lot today but I smile at what they accomplished. More importantly, is how they accomplished it.

We stand with the Baron family and our prayers and support are with them.  The viewing will most likely be Thursday night and the funeral mass Friday morning at St. Eleanor Church (Collegeville).

6th Grade Black ended their successful 2013 Season with a tournament championship at In the Zone's "Braggin' Rightz Brawl". The Jags went undefeated in pool play, scoring 30 point plus victories over In The Zone and Allentown. In the semi-finals the boys faced a tough and determind Perkasie Knights Team and emerged victorious by a score of 41-34 to reach the final.  Facing the Luzerne County Lightning, the Jags turned on the defense and came through with a 37-24 win. Justin Adedinsewo led the team through the weekend averaging 15.5 points and 13 rebounds per game. James Begg contributed 29 points in the 4 games to go with his 40 rebounds. Ryan Hagan was big with 22 points and Julian Torres also added 20.

5th Grade Black also completed their season going 3-1. The boys beat the South Jersey Soldiers 37-25, the Lower Bucks Lightning 54-43 and the South Jersey Jazz 47-38 to advance to the tournament championship game. Despite a valiant effort in a game described by Coach Klauder as "great" the boys fell to the Berks Warriors 55-52. The team trailed 36-17 at half time and got as close as 2 points before running out of time in their comeback effort. Isaac White continued his dominating performance by scoring 73 points and hauling in 55 rebounds in the 4 games. Zevion Brown added 51 points and Brett Eberly had 23 to go along with his 22 assists. In their inaguaral season, the 5th Grade Black Boy team went an amazing 15-3 and scored 860 point is their 18 games. The Jaguars could not be more proud of the effort of everyone involved with the team.

6th Grade White had interesting weekend, going 2-2 and all four games were blowouts. Coach Schmidt was very proud of how the girls handled themselves  in both types of situations, stating that they showed great sportsmanship. He went on to say that the team is having a great time and that they can't wait for Wildwood!

7th Grade Black enjoyed a 3-2 weekend at the Parkland Tournament. The boys dropped their fist game to the Berks Red Storm by a score of 54-51.. Dan Cirino and Andrew Light each had 12 in the loss and Joey Catalano had 8 of the bench to spark a comeback. The boys responded in their second game with a 58-44 win over the Wolves. Kevin Bernabe, Owen Evans and Cirino led all scorers with 11. Ricky Bearden added 10. Game 3 saw another victory, this time by 63-45 over the Dawgs. Owens again led the way with 15 points, Brendan Schimpf added 11. Drew Martin was all over the place and will be remembered for the "alley-oops". Game 4 was a decisive 60-31 victory over another Berks Red Storm team. Bernabe again was leading scorer with 11, Ryan Kendra added 8 and Steven Klauder had some big shots incuding a deeeep 3. Despite losing their final game by a score of 80-76, Coach Brittingham  said it was "hands down the best game the boys played all year". Down 22 points in the second half the team showed no quit. Bernabe, Schimpf, Bearden and Cirino all scored double digits, a total team effort right down to the bookkeeper, Carson Parke.

Ocean City, Maryland is buzzing with the Baltimore Ravens and Jaguars in town (see picture below). 9th Grade Blue got off to a slow start in game 1 but clicked into a higher gear as the game progressed. Hard work at practice has translated into better offensive setup and execution and the 1-3-1 D proved a handful for the Axiom team from VA. Emily Walker and Taylor Evans led all scorers with 10 each, Marissa Sandone controlled the floor and added 6 with McKenna Kohler cotrolling the paint and tipping in 7. In the a comfortable 49-19 Jags victory. Game 2 saw some stiffer competition against a bigger Maryland team, the Lady Coyotes. The Jags got off to a  better start however and built a 12 point lead by mid way through the first half. The Coyotes knocked down 3 3's just before half time to make it a 3 pt game at the half. After half time, again the 1-3-1 shut down the Coyotes scoring and the Jags were able to build a good lead with some quick transition baskets. With 6 minutes to go the lead approached 20 points and the girls were able to keep control of the game until the end. Emily Walker and Marissa Sandone lead all scorers with 9 Taylor Evans, McKenna Kohler and Rachael Hamilton all contributed 8 points and dominated the boards against some much bigger girls. Mack Smith had a break out game on D creating a number of steals with her active hands. Tori Walter got her 3 point shot going(don't talk about her layups!!!). Gab Pisano played some great D and worked her tail off the whole game. Great team effort Jags winning 42-21. On Sunday the girls advanced to their tournament champsionship game but came up short against a team of 10th and 11th Graders. Taylor Evans has 12 points, all 3 pointers.

The Jaguars schedule was light over the Memorial Day weekend but that did not stop 7th Grade Black from winning another tournament.Led by the scoring of Kevin Bernabe and Andrew Light the boys advanced to the Championship Game and won. Bernabe led the way with 18 points and Tournament MVP honors. Andrew Light added another 12 and Steve Klauder and Ryan Kendra were big on the boards.